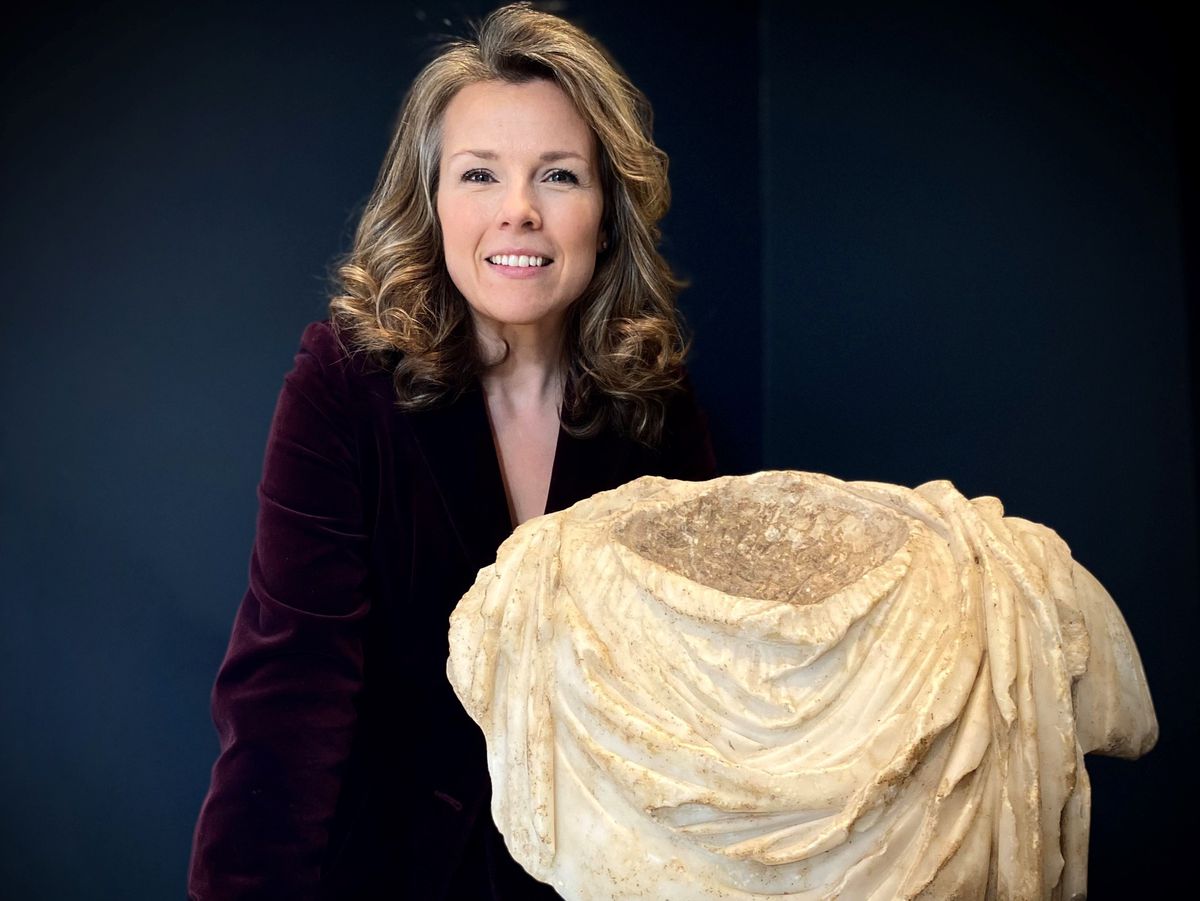 The bust was part of an art and antiques sale from Alison Barker’s estate which was run by Whitchurch-based Trevanion Auctioneers. In total, the auction was the highest-grossing January sale since 2014.

At the heart of the auction was Alison Barker’s Estate, a collection of art and antiques from a longtime Sussex collector.

Christina Trevanion, Managing Partner and Founder, said, “Alison was an incredible woman. She was a successful lawyer and a lifelong collector of the curious, the sculpted and the archaic.

“I had the pleasure of meeting her in 2019 when she personally gave me a guided tour of her collection. Stepping into his Chichester townhouse was a bit like stepping into a carefully curated – and very comprehensive – private museum. It has been an honor and a privilege to manage and catalog the contents of his home, in his memory.

Some of the day’s best results came from a selection of Roman marble sculptures, which caught the eye of antique collectors and classical art dealers around the world.

Associate Director Ashley Jones said, “Classical sculpture, particularly Greek and Roman marbles, are incredibly sought after in today’s market, both for their decorative merit and their historical significance. We have seen that the demand for such pieces from both seasoned dealers and new emerging Millennial collectors has skyrocketed in recent years, the results of our auction confirm this.”

The best result was taken by a highly sought after Roman marble bust depicting the upper half of a torso with a beautifully detailed draped tunic.

Many bidders came from all over the country to bid on the bust live in the auction room. Ultimately, however, the battle to own it was fought between an online bidder and a telephone bidder, with the piece ultimately selling to a London-based antique collector for the astonishing sum of £27,000.

“This piece reflects the dominant presence of portraiture in the Roman Empire,” Ashley added.

“Developed from the traditional emphasis on family, worship and ancestry, the display of life-size busts and models of emperors and gods became ubiquitous in the Roman state. This particular piece is believed to date from ‘about the 2nd century AD, and although it does not bear a head, it is an important representation of its time.’

Other notable lots included a trapezophoros carved like a griffin, which fetched £6,700 and a carved stone head which sold for £4,000.

After the success of the antiques section, the auction quickly continued with a collection of paintings, many inspired by some of the greatest artists of the 16th and 17th centuries.

Image appraiser Simon Grover explained: “There was enormous pre-sale interest across the board in this collection, but one of the most curious lots was a small portrait of the famous monarch Henry VIII, by a disciple of the Tudor court painter Hans Holbein the Younger.

“Holbein’s original was created as part of a larger mural which once hung in the Palace of Whitehall, and many copies were commissioned by nobles as a sign of loyalty, or gifted by the king to him -even to friends and ambassadors.

“The original was destroyed in the fire of Whitehall in 1698, but thanks to these copies the image has become undoubtedly one of the most iconic images of Henry VIII, and one of the most most famous of all British monarchs.

“Alison’s copy appears to have been cut from a larger work, perhaps to save Henry’s head from retaliation by Mary Tudor when she came to power, and the portrait was not without fault, some parts being “poorly restored” like the historic label on the However, this was a unique opportunity to purchase an iconic image of British history.

The portrait sold to a collector in the room for £5,000, and was followed by a lovely pair of portraits of a noble lady and gentleman in the style of the Flemish artist Sir Anthony Van Dyck, who s sold for £3,200, and a distinctive 17th century portrait. portrait of an enigmatic woman drinking from a vessel, which fetched £2,200.

Reflecting on the success of the auction, Alison’s nephew James said: “The auction was a perfect tribute to our beloved Aunt Alison, a unique and wonderful woman.

“The family was all amazed at how expertly and carefully their varied and eclectic estate was displayed and sold under the hammer, and its popularity is a testament to their lifelong passion for collecting. We hope the new custodians of her plays will appreciate as much as she.”