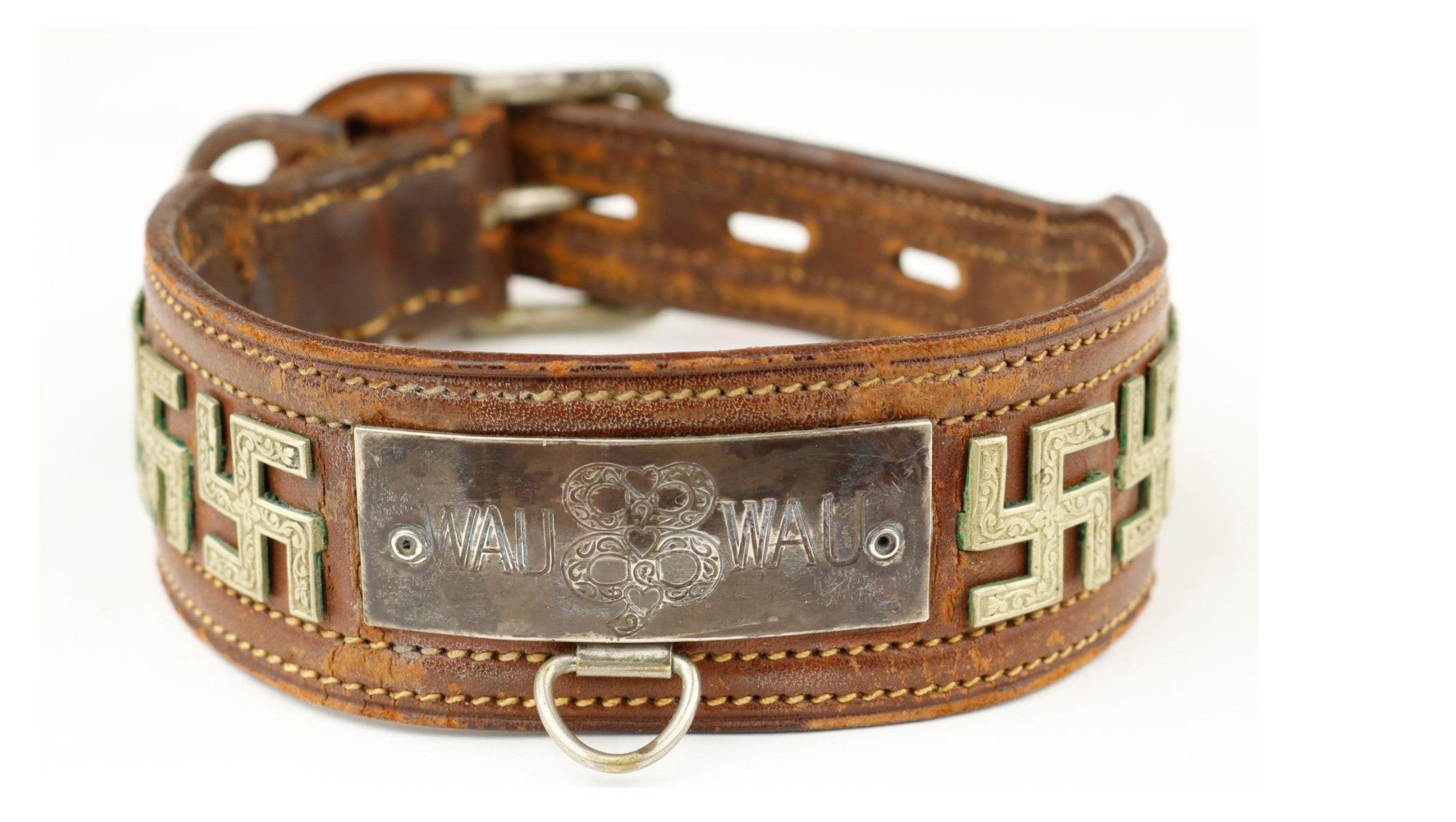 (JTA) — A Maryland auction house has defended the sale of what it says are personal items of Adolf Hitler, amid criticism from a European Jewish group.

One of the most expensive items in the catalog for Friday’s auction by Alexander Historical Auctions in Chesapeake City, Maryland, is a candy dish estimated at at least $3,000 that the auction house says belonged to Hitler and was stolen from his compound in Berghof near Munich. It is adorned with a golden symbol of the Reichsadler – the imperial eagle of the Nazi party – and the initials AH.

Another similarly priced item is a dog collar believed to have belonged to Eva Braun, Hitler’s wife, for her pet Scottish terrier. A leather artifact with a small metal plate that reads “wau wau” – the sound of a dog barking as it’s described in German – it’s also studded with several metal swastikas.

The European Jewish Association, a Brussels-based pressure group, condemned the sale in a letter. The items only provide “relief to those who romanticize what the Nazi Party stood for” or offer “buyers the opportunity to titillate a guest or loved one with an item belonging to a genocidal murderer and his followers”, wrote the group’s chairman, Rabbi Menachem. Margolin.

Bill Panagopulos, the president of Alexander Historical Auctions, who faced a similar reprimand for previous auctions – including one that featured the diaries of Josef Mengele, a notorious Nazi war criminal – dismissed the criticism as “absurdity and sensationalism” in an email to the Jewish Telegraphic Agency.

“What we are selling is criminal evidence, no matter how insignificant. It is tangible and real proof that Hitler and the Nazis lived, and also persecuted and killed tens of millions of people. To destroy or in any way interfere with the display or protection of this material is a crime against history,” Panagopulos wrote. The buyers, he added, “are NOT neo-Nazis, who are too poor and too stupid to appreciate any kind of historical material.”

Cheaper items on sale believed to have belonged to Hitler and Braun include cutlery, champagne glasses, a beer glass tray and stationery. Some of the items went up for multiple auctions on Thursday, including the necklace fetching up to $2,750 and the candy bowl fetching up to $1,600.

“The sale of these items is a horror. There is little or no intrinsic historical value in the vast majority of the lots on display,” Margolin wrote to the auction house in a letter co-signed by 34 members and leaders of European Jewish communities.

The European Jewish Association does not know if the items for sale are genuine, a spokesperson for the group told the Jewish Telegraphic Agency.

In 2017, Alexander Historical Auctions sold an identified buyer an item he described as Hitler’s phone. Bidding started at $100,000 and the item ended up fetching $243,000.