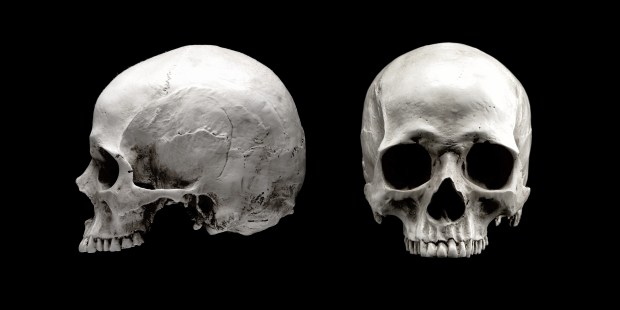 A Scottish auction house has agreed to remove a human skull and thigh bone from a neighbor amid accusations the sale is ‘unethical’.

The human bones have been listed as an ‘ancient medical exhibit’, as part of the Militaria, Domestic & Rural Bygones sale at Taylor’s auction houses in Angus, Scotland.

The Society of Antiquaries of Scotland said it was “wrong to commodify people as objects” and called on Taylor’s Auction Rooms to remove the objects from the auction house’s catalogue.

When the auction house refused to do so, the Society took to social media to ask people to contact Taylor’s Auction Rooms to “oppose the sale of the human remains (lots 1508, 1510 and 1511 ).

“STOP THE SALE! We recently learned that human remains were to be sold at an Angus auction house on May 5, 2022. The Society contacted Taylor’s Auction Rooms of Montrose to request their removal from the auction, but they declined,” reads -on in the tweet.

Jonathan Taylor, Auction House Manager, said: ‘Although the sale is legal and auctioned across the UK, the affected lots have been removed from the auction,’ reported Yahoo News.

The human skull, thigh bone and composite model of a hip bone were valued at £20-40.

Yahoo News reported that Dr Simon Gilmour, director of the Society of Antiquaries of Scotland, said: “It is not illegal in Scotland to buy or sell human remains that fall under the Human Tissue Act or laws regarding the sepulcher (burial), but we believe it is unethical.

“We support BABAO (British Association for Biological Anthropology and Osteoarchaeology) in their statement on the matter. It is illegal to traffic in living people, why would that change when someone dies?

“All human remains should be treated with dignity and respect, whether they are reinterred or treated according to their personal wishes.”

Sale in the United States of bones from TikTok

In the United States, although there is no federal law against the sale of human bones, this practice is considered unethical. That didn’t deter some people from doing it anyway.

Jon-Pichaya Ferry, known on TikTok as JonsBones, used the social media platform to sell human bones, including fetal bones, on his website. It has over 22 million likes and over 508,000 fans. His clients range from “chiropractors to universities to artists,” he said. ABC News.