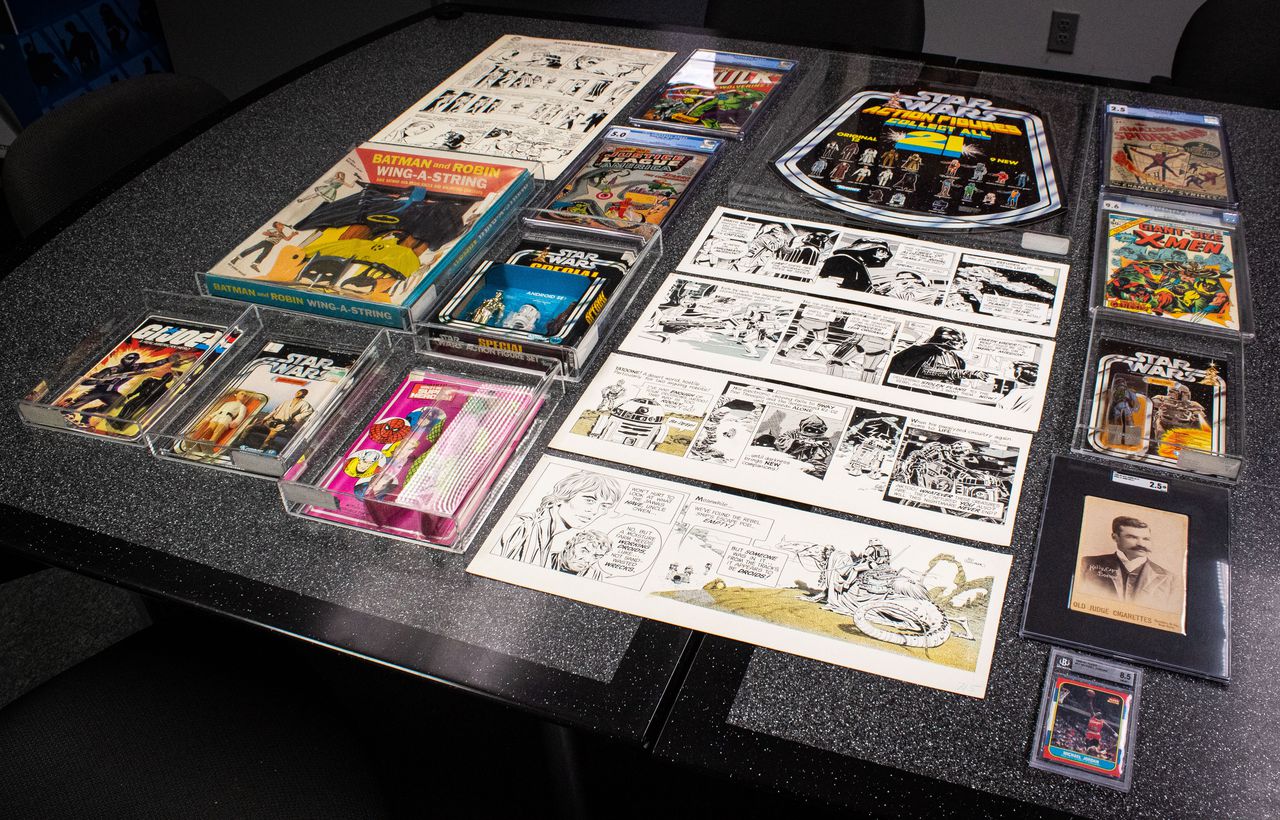 For comic book fans and collectors of pop culture rarities, Hake auctions in York is currently holding a major auction, offering over 2,000 items to bid on.

The auction started earlier this month and will run until July 26-27. Customers can place their bids over the phone or online.

This is the 235th auction in the company’s 55-year history. It started as “Hake’s Americana and collectibles” in 1967, and primarily sold political buttons and memorabilia.

The current auction is focusing specifically on original art, according to Hake President Alex Winter. One offered item are six episodes of the original 1970s “Star Wars” newspaper cartoon by artist Al Williamson.

“We also have a lot of Star Wars action figures and we have a Boba Fett prototype, which is highly sought after. We’ve set record after record for those and just had a Star Wars specific auction where we’re at. sold one for $236,000,” he said.

In addition to Star Wars memorabilia, there are a few old NBA superstar and legend Michael Jordan rookie cards available for auction, along with other sports trading cards.

Winter adds that many items are very rare and almost impossible to find, which can increase the price.

“We have a Green Goblin Mego. Mego was one of the biggest toymakers in the 1970s and their line of eight-inch action figures were very, very popular,” he said. “The one we have to offer in this auction is the first to be auctioned and is one of the less than six known.”

One of the hottest items on the site right now is a Star Wars piece, a Boba Fett prototype.

“We expect this to be the best selling item in the auction…It’s already over $100,000 and the last one we sold in a lower quality that went for $236,000, we so hopefully somehow break that record with this auction.” he said.

The auction features 350 different CGC-certified comics, which means the authenticity and quality of the memorabilia is high-grade and well-maintained.

Winter added that the last two nights of the auction are when things can really pick up and get exciting.

“Tuesday night and Wednesday night is chaos and offers are coming in at lightning speed, and things can go from $100 to $10,000 in minutes,” he said. .

Once that auction is over, Hake’s will hold another in September, featuring at least 1,000 comics, figures, and toys. Auction items can be found at Official Hake Auction Site.

Watch the video to find out more about what Hake’s has to offer.