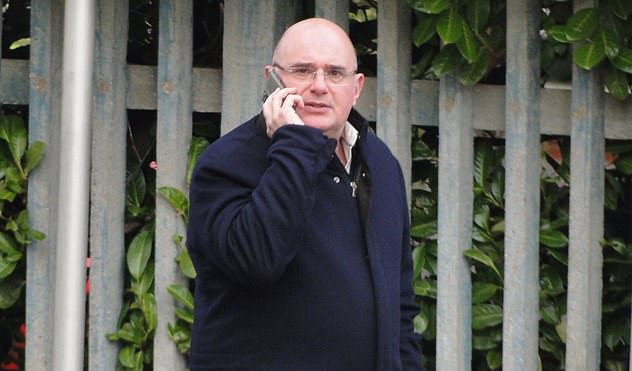 A rogue auction house boss, who targeted elderly homeowners in London’s wealthier areas, selling their valuables without permission and keeping the cash, has been jailed for five-and-a-half years.

But instead of appraising them, he stole the items and sold them for his own gain. Isleworth Crown Court heard the estimated loss for the 11 victims was around £267,000.

Jailing him today, Judge Sarah Paneth told him: ‘You were driven by greed and arrogance and empathy for others which you used in a negative way because people trusted you.’

The former commodities broker and property developer was released from prison in 2013 and soon established an antiques business with an annual turnover of £1million.

The judge added: “You turned to what you described as a childhood passion, antiques and valuables and said there was a niche in the market,

“You saw an opportunity to obtain valuables and insisted on emptying business premises and homes.

“You seem to view other people’s property that is valuable to them both emotionally and financially as your own for sale after they trust you.

“You presented yourself as the owner of an auction house and exploited affluent areas of London.”

Taylor had been freed on bail after being sentenced earlier this year following a lengthy trial to give him the chance to make restitution for his many victims.

But dismissing Taylor’s cheaper valuations, the judge estimated the fraud at £200.00. “You showed no remorse.

Trading under his former legal name of Peter Tillott, he operated in and around Kensington; Fulham; Chelsea; Notting Hill and West Brompton in West London. 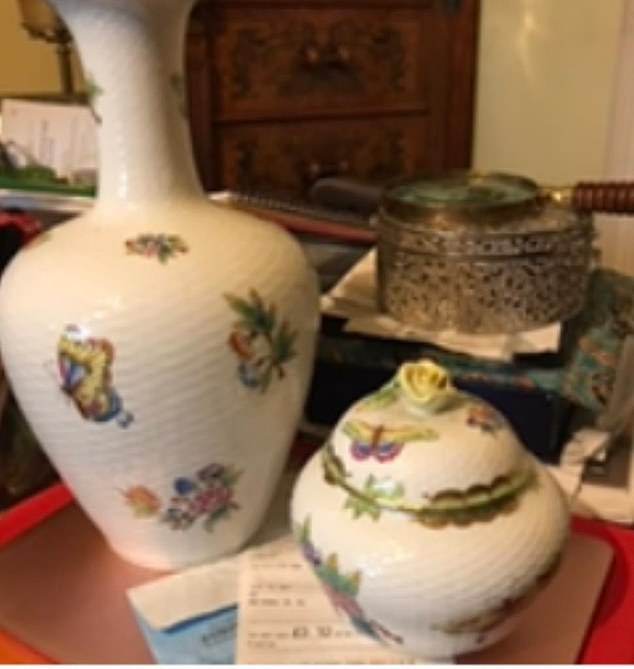 A Herend vase and a Bon Bon dish purchased in Knightsbridge, Gloucestershire 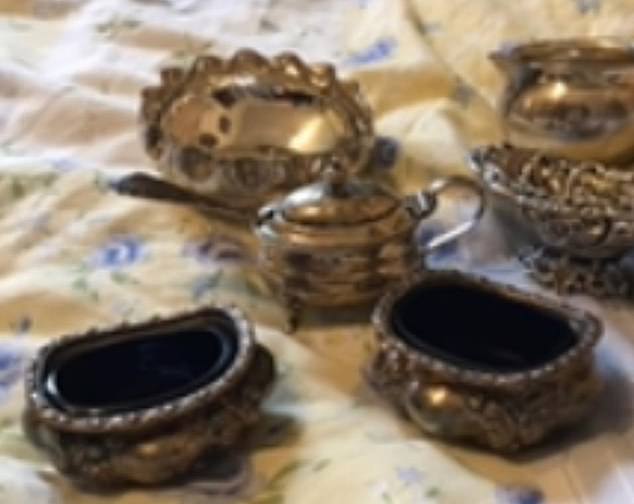 Victorian sterling silver trinkets were also caught in the scam

Taylor, from Twickenham, south-west London, was found guilty of eleven counts of fraud relating to each plaintiff between March 2016 and February 2019.

He is a veteran of insurance fraud and a £3million tax scam for which he was jailed for four years a decade ago. He started his antiques business upon his release, but soon began to be dishonest again.

Taylor based himself on a month-to-month tenancy at ‘The Gasworks’ in Fulham, where he agreed to sell a property owned by Caroline Shamash.

“It was a few months after the license expired for your jail term,” the judge said. “You took furniture, glassware and light fixtures and auctioned them off.

“You never provided anything. You took these items and treated them as your own. You have abused the goodwill and trust of honest people from all walks of life, by adapting to the consignees you have deceived.

“Victim ended up with 50p in her pocket when she confronted you, asking to pay.

“It was impossible for your victims to find and were still using the Gasworks address on invoices months after you left.

“Once you took his property, you ignored Caroline Shamash and her partner and admitted during the trial that you couldn’t bother to answer.” 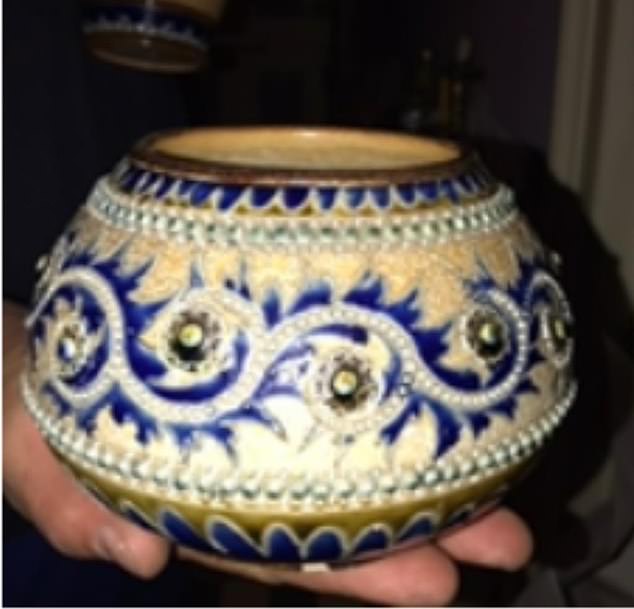 A Royal Doulton Victorian porcelain bowl. Taylor’s hand is visible in the image showing the item 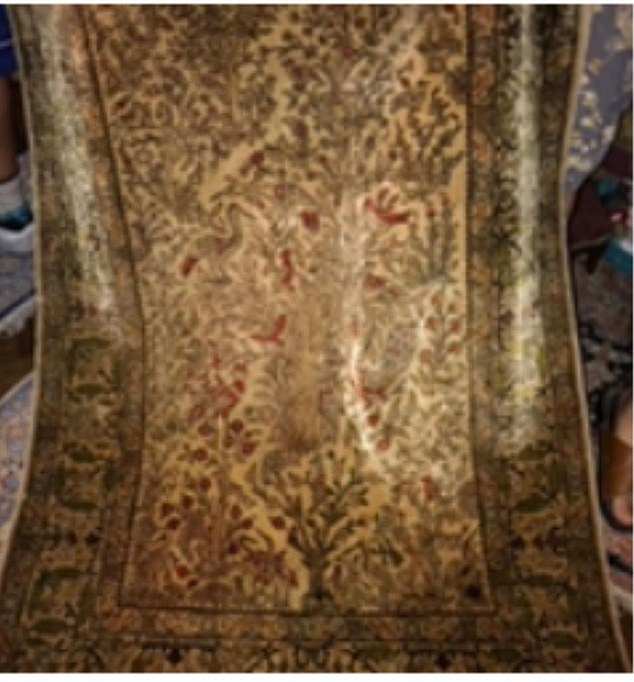 A Hereke silk rug valued by Sotheby’s at £8,000 was part of Taylor’s antiques trade scam

Another victim, the French chef Eric Payet, who had just sold two professional premises. “You wanted to clean both premises,” Judge Paneth told him.

“Where it all went and what you did, no one knows. There are no documents.

Taylor’s downfall was largely due to the determination of 65-year-old businessman Stephen Morris, who allowed the accused to take items from his Chelsea flat.

“He was an intelligent, honest, hard-working and extremely impressive witness,” the judge said. Mr Morris says his losses are between £52,000 and £98,000.

The defendant was known to him by his former name – Peter Tillott – and Mr Morris said in a victim impact statement that his “belief in the system” to protect him and his family from “predators like Tillott” had been destroyed.

Equally determined to hunt down Taylor was Helen Ford, who allowed her to clean out her late mother’s house and then spotted her valuables in online sales after the defendant said they were worthless.

“You never intended to provide an assessment,” Judge Paneth told him. “You intended to sell the items for your profit.

“The impact on her has been devastating, beyond just the financial impact. You gaslighted him on his mother’s stuff’

In her victim impact statement, Helen Ford said: ‘I constantly think about how I let my mother down. I could never live with this. 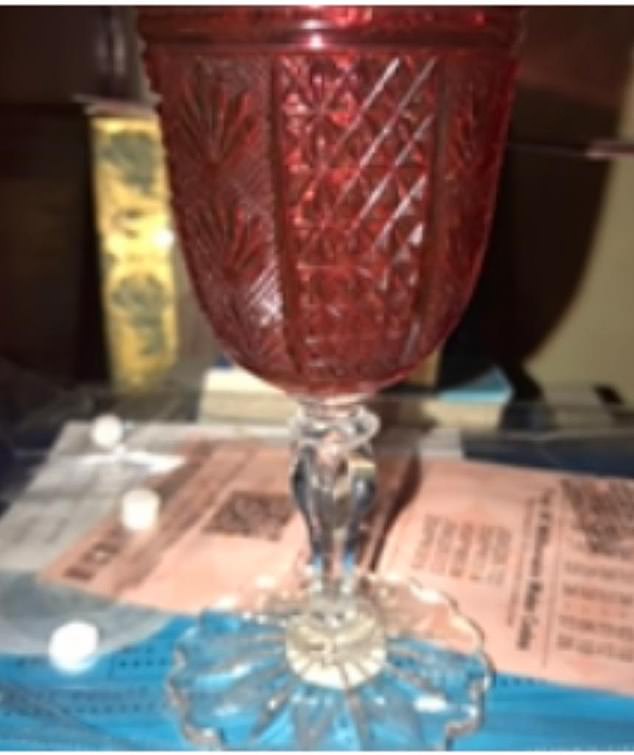 “I woke up and watched my childhood taken from this house by a man who says I have to prove they are mine. Haven’t I suffered enough?

“He took advantage of people when they were most vulnerable. He sold my items on eBay and it cuts like a knife. I feel broken.

However, she said in her victim impact statement that she suffered from anxiety and insomnia because of Taylor and felt “stupid and embarrassed”.

“You took advantage of it because you knew she wanted to sell. She was an elderly lady whose mother tongue was not English. What happened to these objects? Nobody knows.

“You took them and treated them like your own and put in low sales numbers because it allowed you to pay less. You should have paid three times more than you did.

“Anything can be sold for any amount and you put in what number you chose.”

In his impact statement, the victim said, “He took my life savings.” 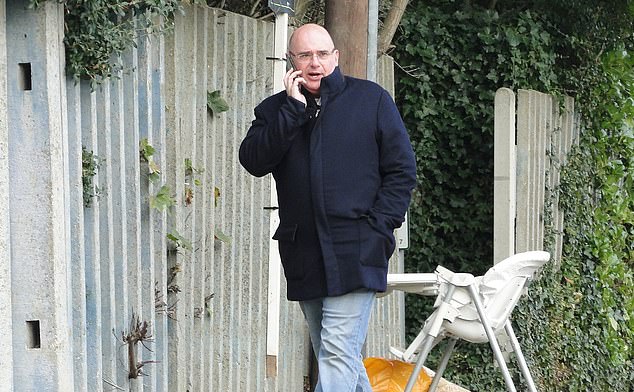 Retired attorney Arnold Rosen was another victim. ‘You took his items and became evasive again. He was very saddened by the loss of these items and was vulnerable at the time.

Victim Lady Patsy Alliott, 89, was impressed by Taylor’s professional-looking flyer, which he had largely copied from auction house Christie’s.

“She was in her ninetieth year when she testified with immense grace, transparency, honesty and dignity,” the judge said.

The court heard four of the victims were ‘elderly women’ and two ‘elderly men’, with others exploited because of their financial circumstances or the loss of a loved one.

Taylor was found not guilty of defrauding company director Sheila Newsum, 83, who lives in a £1million flat in West Brompton and replied to Taylor’s business card, which he pushed into his mailbox, the court heard.

She is chairman and managing director of Hunters Associates, an international events company and said she allowed Taylor to remove valuables from her home, suffering a loss of £11,340.

Taylor was also cleared of defrauding another man and another woman.