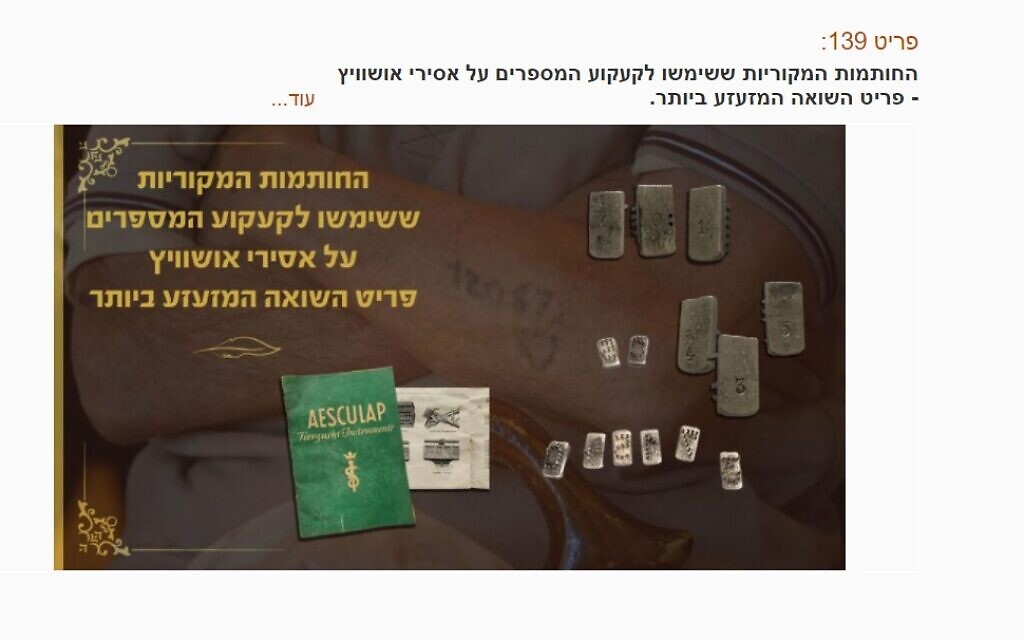 A Jerusalem auction house sells a set of stamps used to tattoo numbers on the arms of prisoners in the Auschwitz concentration camp, in a sale condemned by Yad Vashem, who further questioned the authenticity of the lot.

“The original stamps used to tattoo the number of prisoners in Auschwitz – the most shocking object of the Holocaust,” the auction house said on its website.

He did not say who had put the stamps up for sale.

According to the auction house, the kit includes 14 stamps and an instruction booklet from manufacturer Aesculup on marking cattle.

By registering, you accept the conditions

The auction house notes that the stamps to mark cattle were ten times the size of the stamps included in the set it was selling, so, according to it, there was no doubt that they were made for tattooing. prisoners.

The set offered for sale in Jerusalem is one of three kits known to have survived the war. Another is in a military museum in St. Petersburg and the third is on display in the Auschwitz concentration camp.

Yad Vashem condemned this decision and questioned the authenticity of the stamps.

The organization told the Walla news site that based on the photo on the auction house’s website, it is difficult to determine whether the items are genuine.

When Yad Vashem chairman Dani Dayan was asked on Twitter if a donor could be found to prevent the items from falling into the wrong hands, he said the Holocaust remembrance center had no bought items at auction because he did not want to encourage “greedy traders,” adding that there may be a need for legislation on the matter.

“As a matter of principle, Yad Vashem opposes the existence of a market for Jewish or Nazi items from the time of the Holocaust and therefore does not buy such items. Fortunately, the number of items donated to Yad Vashem is tens of times higher than those exchanged, ”Dayan tweeted. “The solution may lie in legislation, and certainly not in making offers to greedy traders that will keep them going. [with the sales]. “

But Meir Tzolman, the boss of the auction house, defended the sale.

“We want to increase awareness. I am the last to underestimate or belittle the value of the Holocaust. I want to make sure that the article falls into good hands and does not disappear from the pages of history, ”he told military radio.

Learn Hebrew in a fun and unique way

You get news from Israel … but do you TO HAVE this? Here is your chance to understand not only the big picture that we cover on these pages, but also the critical and juicy details of life in Israel.

In Streetwise Hebrew for the Times of Israel community, each month, we will learn several familiar Hebrew phrases around a common theme. These are small audio Hebrew lessons that we think you will really enjoy.

Are you serious. We appreciate this!

We are really glad you read X Times of Israel Articles in the past month.

That’s why we come to work every day – to provide discerning readers like you with must-see coverage of Israel and the Jewish world.

So now we have a request. Unlike other media, we have not set up a paywall. But since the journalism we do is expensive, we invite readers for whom The Times of Israel has become important to help support our work by joining The Times of Israel community.

For as little as $ 6 per month, you can help support our quality journalism while benefiting from The Times of Israel WITHOUT ADVERTISING, as well as access to exclusive content reserved for members of the Times of Israel community. 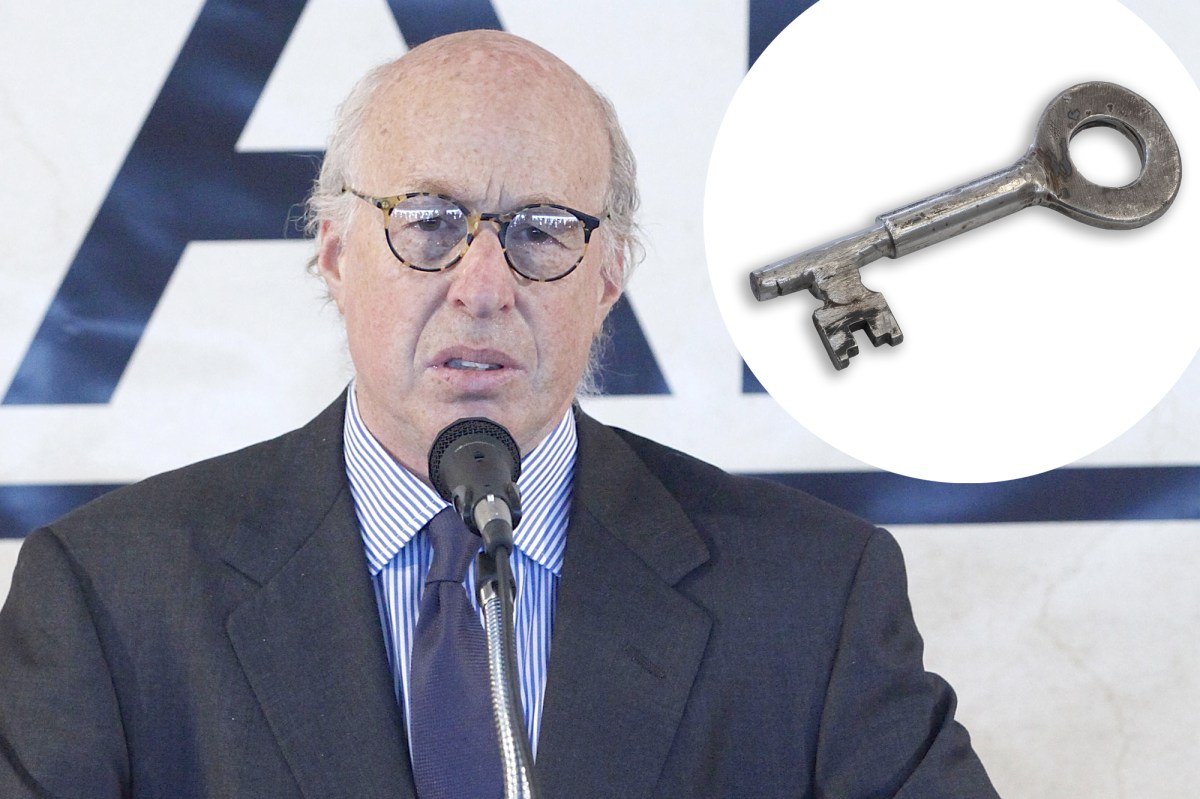